The Aston gym is the headquarters school of AmKor Karate Institutes, headed by KJN Frederick Scott and Master Erica Tierney. KJN Scott has been teaching Karate in Aston, Pennsylvania for over 40 years.

For other AmKor schools, please contact them directly or visit their webpages. Master Frederick Scott, 8th Dan, is Founder and Chief Instructor of Amkor Karate Institutes. Master Scott established the first Amkor school in Aston, Pennsylvania in 1977. The Headquarters school of the Amkor family is located in the Aston Shopping Center on Concord Road, just minutes from the Delaware state border and I-95.

Recognized both nationally and internationally as one of the leading American instructors of traditional Tang Soo Do, Master Scott’s achievements as a competitor, instructor and tournament coordinator are well documented. Master Scott has taught continuously longer than any other Martial Arts instructor in Delaware County, beginning as an Assistant Instructor in 1974.

Under Master Scott’s direction, Amkor Karate Institutes has earned an outstanding reputation for high quality instruction and competitive excellence. Although Master Scott’s teaching philosophy has always emphasized the preservation of Tang Soo Do as an art form, he believes traditional training can be supplemented with sport competition. As a result, Amkor students have won more than 500 National and 54 International Gold medals since 1977 and have represented the United States in the some of the most prestigious Martial Arts competitions in the world. To date, Amkor is the only school in Delaware County that has fielded teams representing the United States in international competition to countries such as Greece, Great Britain, Malaysia, Italy, Hungary, Wales, and Puerto Rico. Master Scott and his students have been featured in Black Belt Magazine, Karate Illustrated, Tae Kwon Do Times, and Combat.

Master Scott’s expertise is highly prized by professional athletes who want to take their game to a higher level. Master Scott has served as a consultant to the Philadelphia Flyers, the Philadelphia Phantoms and the Philadelphia 76ers. In addition to his work with professional athletes, Master Scott also served as a consultant to the Disney Institute in the creation of a self-defense program for their state-of-the-art sports complex in Orlando, Florida. In August of 2004, Master Scott traveled to the Olympics in Athens, Greece as a member of NBC’s Broadcast team. Longtime student Pat Croce was a commentator for the NBC television broadcast of the Olympic Tae Kwon Do events.

Master Erica Tierney teaches at AmKor Karate Headquarters in Aston and holds the rank of 5th Degree Black Belt.  As the daughter of KJN Frederick Scott, she began training in 1987 at the age of seven.

Master Tierney holds a degree in Secondary Education from Penn State University and started teaching at AmKor full-time in 2007.  She has experience teaching people of all ages and ability levels, and believes in creating a learning environment with her students that is rigorous, supportive, and empowering.  Students learn the technical and physical aspects of Tang Soo Do in a community that values self-awareness, patience, grit, empathy, and sportsmanship.

Master Tierney is an accomplished national and international competitor.  Since 1998, she has earned over 40 National Gold Medals and has been named All-American by the Amateur Athletic Union five times.

Master Tierney has won twenty Gold Medals in International competition representing the United States overseas in England and Wales.  In both 2013 and 2018, she captained a three woman fighting team from AmKor Aston to compete at Europe's largest Tang Soo Do tournament, the UK Open.  Both years, her team brought home the Gold in Team Fighting, upsetting the reigning champions from Holland and Wales.  In international competition, she has won Gold Medals and Grand Champion honors in all aspects of competition:  Forms, Fighting, and Weapons.  In 2019, she was awarded the Women's Grand Champion trophy by KJN H.C. Hwang, the son of the founder of Tang Soo, Grandmaster Hwang, Kee. 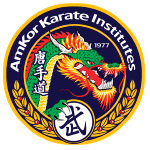